Your Vote Defines Your Healthcare 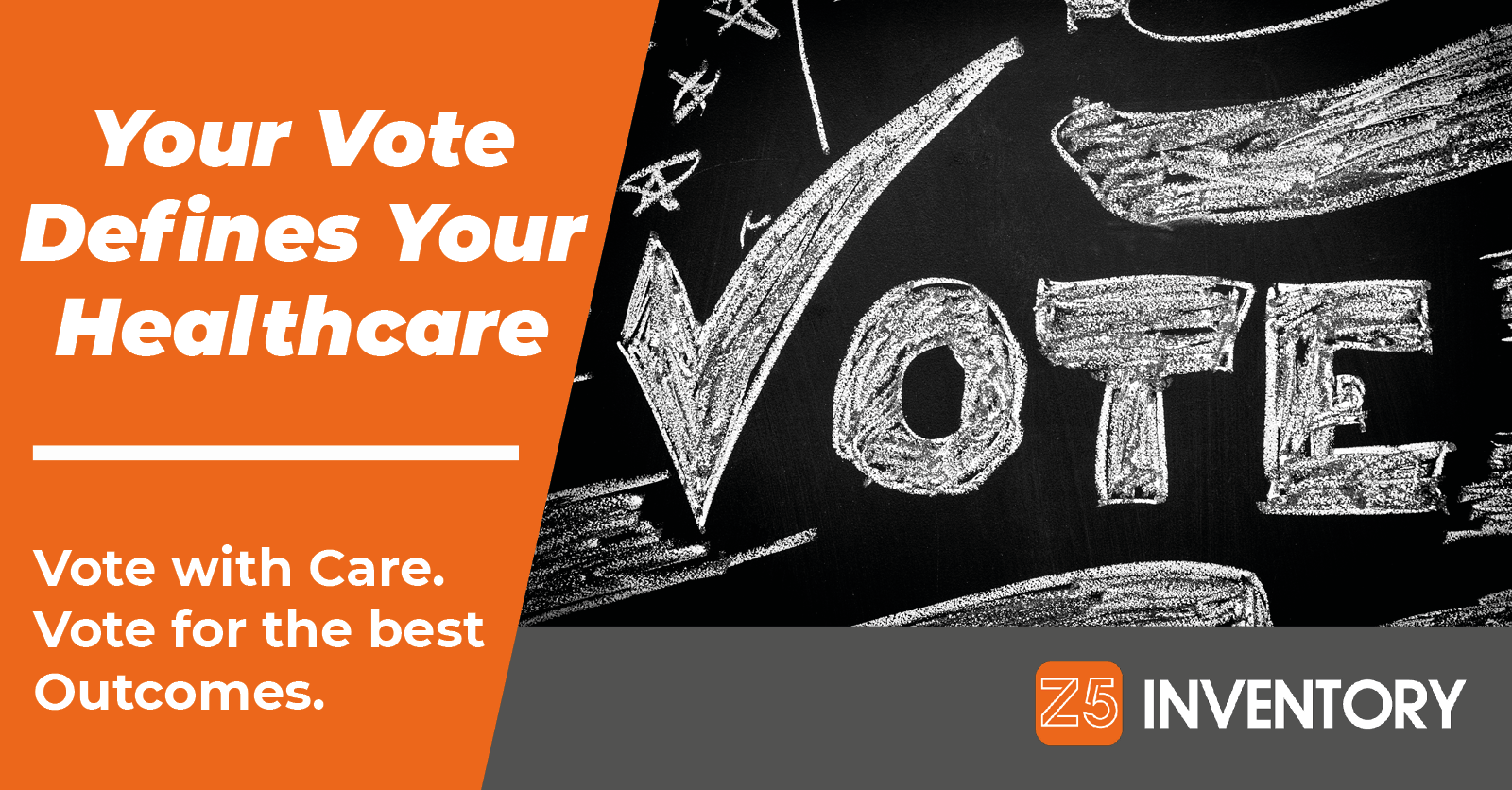 The Unholy Trinity of dinner table conversation: Sex, Religion, and Politics. Thank your lucky stars we’re only tackling the last one.

When you’re providing healthcare, all you’re worried about are the best possible patient outcomes. You don’t want to involve politics in your day-to-day care. But, like it or not, politicians have involved themselves in healthcare. There’s no avoiding it. So you have a responsibility to engage. To shape healthcare into what you want it to be. To provide those perfect outcomes for the patients who are your ultimate responsibility.

There’s no debate that healthcare has come to dominate the political landscape. Particularly for the 2018 midterm elections. It’s the #1 concern for voters nationwide.

(Yes, there are a few places where other issues reign supreme – Z5’s home state of Texas is generally more concerned with immigration, for example – but rest assured that U.S. voters are about to define the government along the lines of their beliefs on healthcare.)

Though the debate has ranged widely, the words that have been repeated the most in recent days are “pre-existing conditions.” The question that we shouldn’t have to ask – but feel we have to – is: “Why?”

We like to believe that every healthcare professional got into the field because of their desire to help their fellow man. (Sure, there are plenty who are all about the Benjamins, but if you’re one of those, feel free to let us live with our illusions. We’re happier that way.)

It shouldn’t be surprising that revoking protections for people with pre-existing conditions is extremely unpopular. An entire party’s worth of politicians have shifted their positions on the subject following feedback from their constituents. Because the focus can and should be on that word buried in the middle of the debate: people.

The words we choose are important. Defining what we mean by healthcare is just as important as offering it in the first place. The term “Medicare for all” has had – and could still have – many different meanings. As people are already signing up for health insurance, it’s more important than ever that you help decide how your vote will define that healthcare – or lack thereof – for them.

Ask yourself whether your vote is an act of care. One that will lead to the best outcomes.

There will inevitably be fallout we can't even predict when we vote. Few people who voted in the 2016 election were specifically concerned with the effect the next president’s tariff policies would have on healthcare supplies. But that’s the world we’re living in now.

The lead-up to the elections has made unexpected bedfellows across the political landscape. Pharmaceutical companies – though they were in favor at the initial announcement – are starting to come out against President Trump’s drug pricing policies. And tobacco companies are opposing Medicaid’s expansion in Montana.

(We very seriously don’t believe in telling you how to vote. But, remembering that the tobacco industry is inherently antithetical to the industry of healthcare, you likely already feel some responsibility to carry healthcare’s stand against tobacco into the voting booth with you.)

Regardless of how you view any of the issues at play, we’d encourage you – as we have already in our most recent Five To Save – to get out and vote. Here’s a site where you can input your zip code and find polling locations. And if you’re concerned about transportation, ridesharing apps are offering coupons and vouchers and in many cities public transportation will be free.

WHAT ELSE CAN YOU DO

Whether you’re reading this before or after the latest election, activism doesn’t end at the voting booth.

If you’re passionate about providing care with compassion, you want to make sure that healthcare isn’t a burden on the people you’re providing it to. You want to avoid people skipping treatment because they’re scared of the bills associated with it. You want to provide for your community.

You can help curtail the rise of healthcare prices (which, by the way, are up in every state). Let Z5 Inventory help you reduce the annual $765 Billion in American healthcare waste.

If you want to help, we’re here to help you.

How Machine Learning Is Already Improving the Supply Chain