Which Great House Will Win The Healthcare Throne?

So that’s it. It’s over. Love it or hate it, it’s gone, and there’s nothing any of us can do about it.

Obviously we’re referring to that expired product that had to go in the garbage. You know, the $5 Billion of medical supplies that America throws away every year. Why, what did you think we were talking about?

The decade-long fight over a metal chair reminded us a lot of the fight over control in healthcare. Who gets the most resources? Who gets control of the systems and protocols in place? And what will they do to get it?

See if our breakdown of the Great Houses at war over the hospital sounds familiar to you. 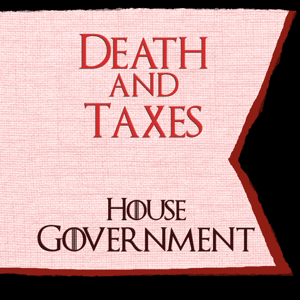 The people who are determined to rule are also the ones who are least connected to what you’re doing on a daily basis. They might try to get to know you occasionally, but that’s just a courtesy. They’re going to do what they want, consequences be damned.

And there will be consequences. No matter what their decision is – whether it’s to reinforce the establishment in place or just burn the whole system to the ground – it’s backed up by undeniable strength.

You kind of can't do anything about this group, other than getting directly involved and getting rid of the people who aren't treating you right.

“Ours Is The Authority”

Here we have our biggest consumers. More resources go to them than anyone else.

What they lack in resource management, though, they make up for in personality. It’s hard to turn them down, because they’ve objectively achieved great things for the community, saving the masses from harm time and again.

They’ll tell you they should get what they want because it’s better for everyone if they do, and it’s hard to argue. Just take them out of the equation and see what happens.

The best thing about this group is that they're practical. If you come to them with a strong case, they'll often listen.

What’s most important to this faction is loyalty. Their responsibility to protect their hospital family comes before anything else. Everything they do – even when it doesn’t make sense to anyone else – they do to protect what’s important.

Sometimes it can seem like all the progress they’ve made over the course of years is reset by a single, uncareful decision. But the best of them push forward and try to salvage sanity from the chaos.

And, whether you’re bringing them actual financial savings or an improvement that saves everyone time and hassle, rest assured that a CFO always pays their debts. 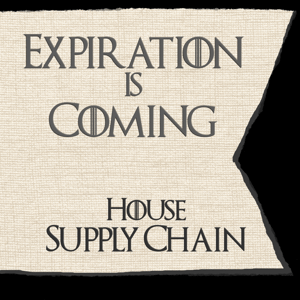 Materials Management might as well be the cold, white North. You’re separated from everybody else, just trying to mind your own business and hold back the hordes of waste that threatens the entire hospital. You’re the Man on the Wall, defending the bottom line. All the pressure is on you to succeed, but you’re given no extra resources.

You’re left to your own strength. Good thing you’ve got strength to spare.

The best part about upstanding loners is that infinitely adaptability. What doesn’t kill you makes you stronger. You might see the heights and depths of upper management, spend your time in the trenches fighting the battles that keep everyone else safe, or maybe you change your face on a daily basis, doing anything that needs to be done.

No two ways about it: you stand up for what’s right.

No house. No words. Affected by every decision but unable to effect any change themselves.

Here’s the group that gets considered the least: the everyday people who are stuck in the middle of it all.

The Great Houses of Healthcare are fighting between themselves so often that they forget how, ultimately, they’re meant to be serving the people. It’s easy to spend more time and resources yelling, “I know what’s best!” than actually making the community better.

But that’s not very noble.

The solution for everyone is - almost always - compromise. We’re not saying to stop fighting for what you know is right. On the contrary, fight harder than ever, even when it seems like you’ve lost and the fight is at its most dire. But remember what it costs. Remember what you’re fighting for.

Remember whom you’re fighting for.