5 By 5: Data On Healthcare's Customers 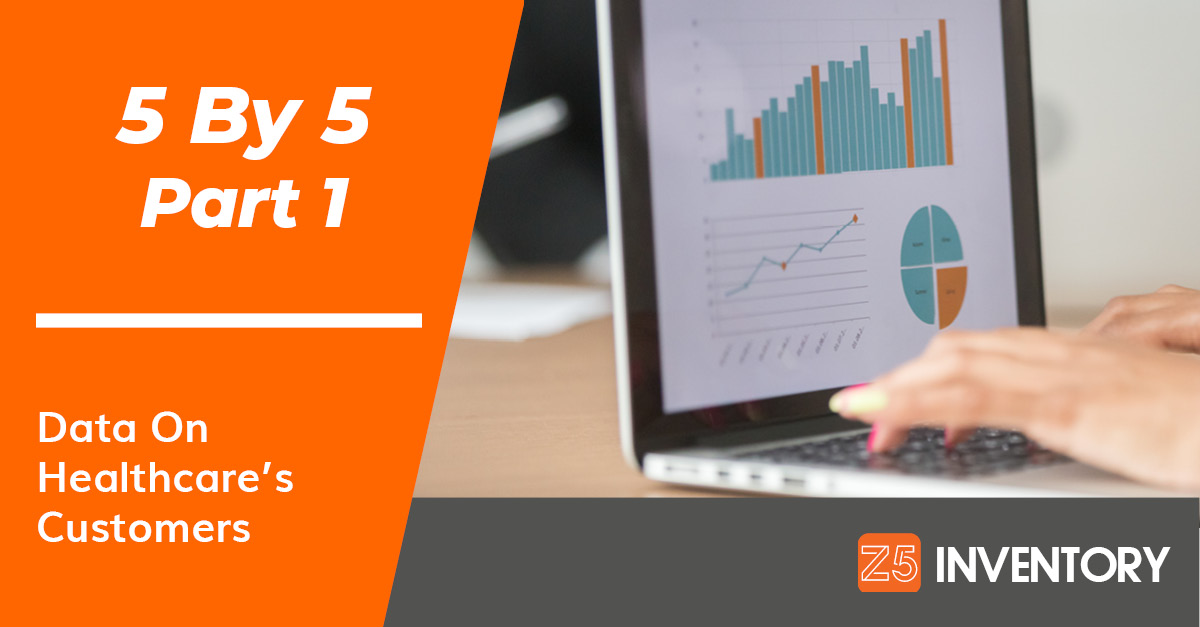 This is Part 1 of the series we’re using to wrap up this year. 5 By 5 examines all the ways that data informs us about healthcare and some of the ways it hinders us.

To start off, we thought we’d go to a group that the healthcare industry often has trouble consulting when it’s making decisions: its patients.

A recent survey of the public in Germany gave us some interesting numbers.

76%
of those surveyed said that digital resources like apps and devices that help them track their wellness thereby increase their wellness. These products - developed largely outside the traditional healthcare industry - are also seen by the vast majority as improving their ability to cope with chronic disease and adapt to treatment.

73%
said that digital innovation in traditional healthcare has either remained stagnant or decreased in quality.
That doesn’t engender much trust in an industry that’s supposed to be taking care of your most important asset: your health and the health of your loved ones.
And, yes, you can say that this is a survey of Germany, where healthcare is set up quite differently from the U.S. system. But it’s also a survey of Germans. So you have to wonder: how different are they from Americans?

You actually don’t have to wonder. Because we’ve got data from the Edelman Trust Barometer to tell us how Americans feel about healthcare.

61%
trust their healthcare providers to do right by them. That includes the treatment they prescribe, the execution of that treatment, and the process surrounding paying for and booking treatment.
Maybe 61% seems high to you. It is the majority. But it also means a staggering 2 out of every 5 people do not trust the healthcare American hospitals and doctors provide. To put it in perspective: healthcare had a big improvement from last year, but it still only narrowly beat the financial services industry for trustworthiness.

16%
is the gap between men’s and women’s perception of healthcare’s trustworthiness.

10%
is the gap between educated and general population perception of healthcare’s trustworthiness.

If you’re not sure which groups are most trusting of the healthcare industry, we’re guessing you’re an educated man. And, thanks to the data we got from the Transamerica Center for Health Studies’ Consumer Study, we can guess more about you, too.

27%
of those surveyed have avoided treatment because of its cost.
Any number higher than 0% would have been too much, but the fact that more than a quarter of Americans are risking their health because they’re afraid that the treatment will endanger their financial health.

17%
of respondents say they’ve sought specific treatment against physician recommendation.
Obviously the massive amount of misinformation readily available - data that isn’t data at all, unlike the rigorous study standards the healthcare industry relies on - contributes to this problem. But so does that lack of trust in the healthcare that U.S. healthcare providers can provide.

So why is this happening? Why this perception, and what are its impacts? Can healthcare do anything to stem the cost of the services and treatments it provides?

We obviously think the answer is yes. And, in the coming weeks, our other entries into the 5 By 5 series will break down the numbers behind innovation - or lack thereof.

Come back for more. We’re counting on you.